The Kolumba (previously Diözesanmuseum, “Diocesan Museum”) is an art museum in Cologne, Germany. It is located on the site of the former St. Kolumba church, and run by the Archdiocese of Cologne. It is one of the oldest museums in the city.

The museum was founded by the Society for Christian Art in 1853, and taken over by the Archdiocese of Cologne in 1989.[2]

Until 2007 it was located near Cologne Cathedral. Its new home, built from 2003–07, was designed by Peter Zumthor a Swiss architect whose work is frequently described as uncompromising and minimalist. The site was originally occupied by the romanesque Church of St. Kolumba, which was destroyed in World War II and replaced in 1950 by a Gottfried Böhm chapel nicknamed the “Madonna of the Ruins”. The new structure Zumthor built for the museum now shares its site with the ruins of the Gothic church and the 1950s chapel, wrapping a perforated grey brick facade like a cloak around both, the museum and old church. The sixteen exhibition rooms possess varying qualities with regard to incoming daylight, size, proportion, and pathways. The work on the project yielded the following reduction: light gray brick walls (Kolumba stones) and clay plaster, flooring made of Jura limestone, terrazzo, and mortar, ceilings made of a poured mortar shell, window frames, doors, casings and fittings of steel, wall paneling and furniture of wood, textiles and leather, curtains of leather and silk. 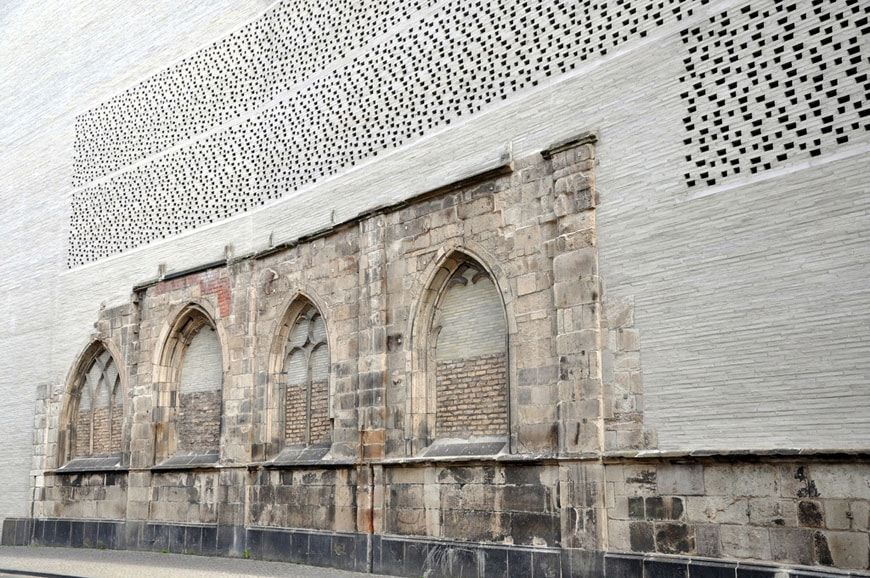 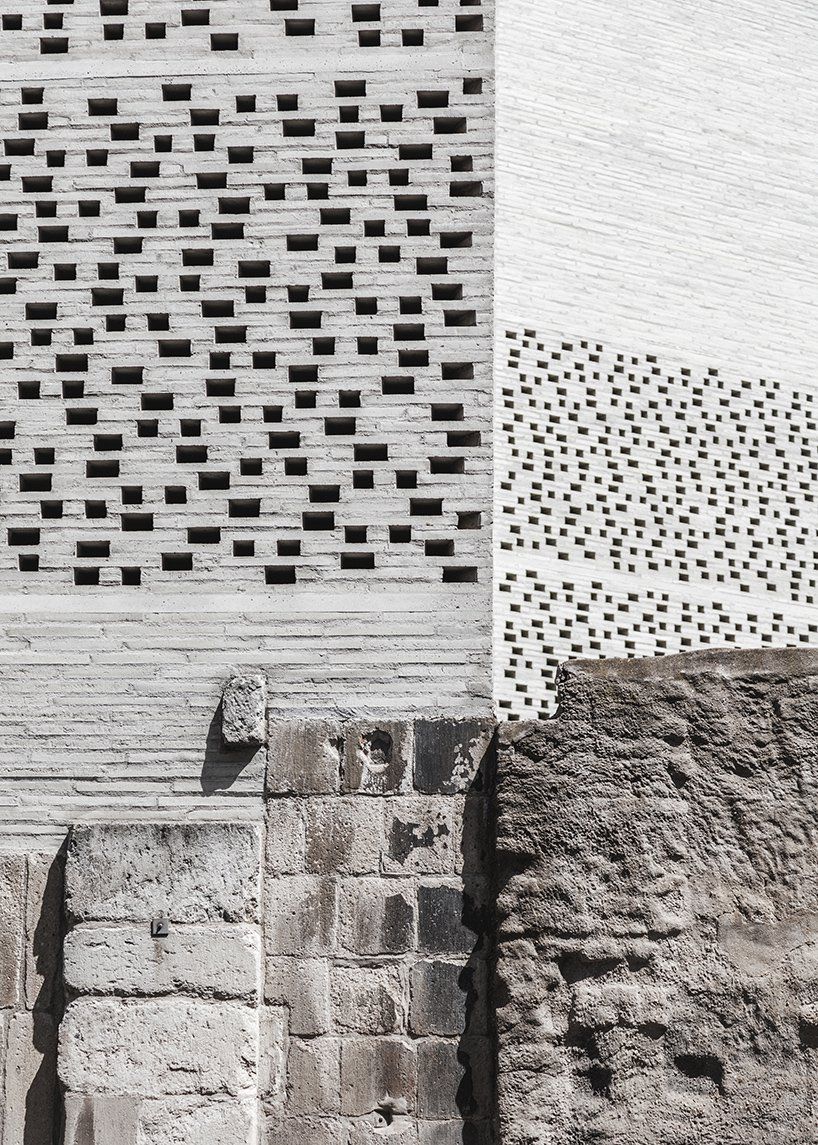 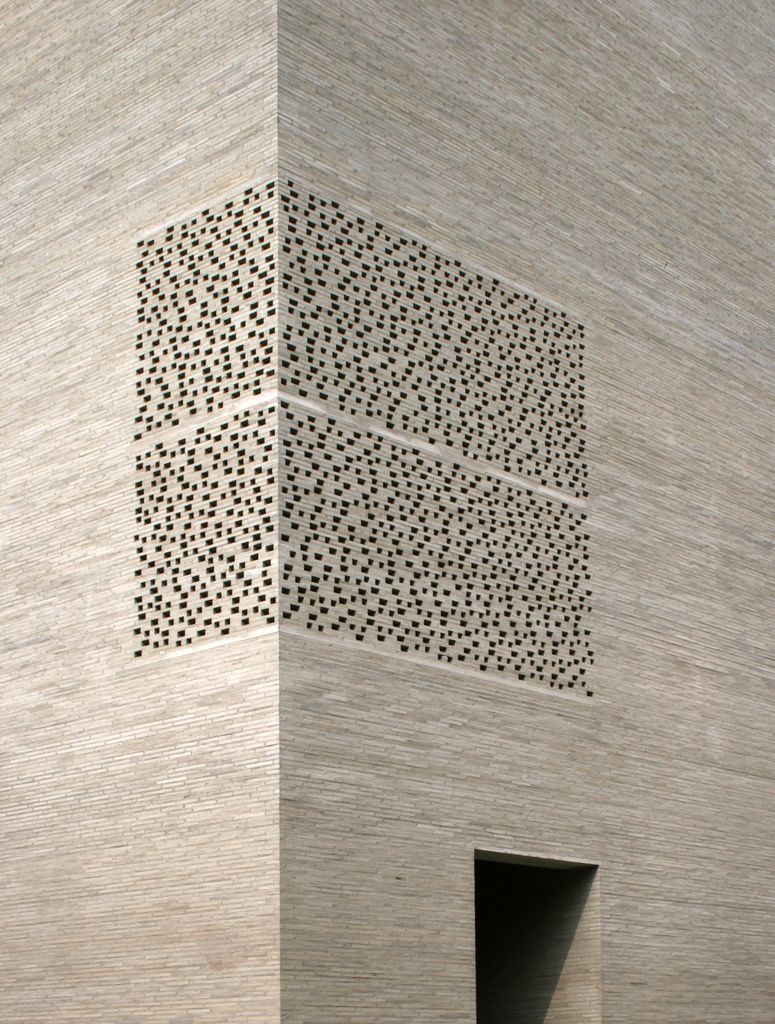 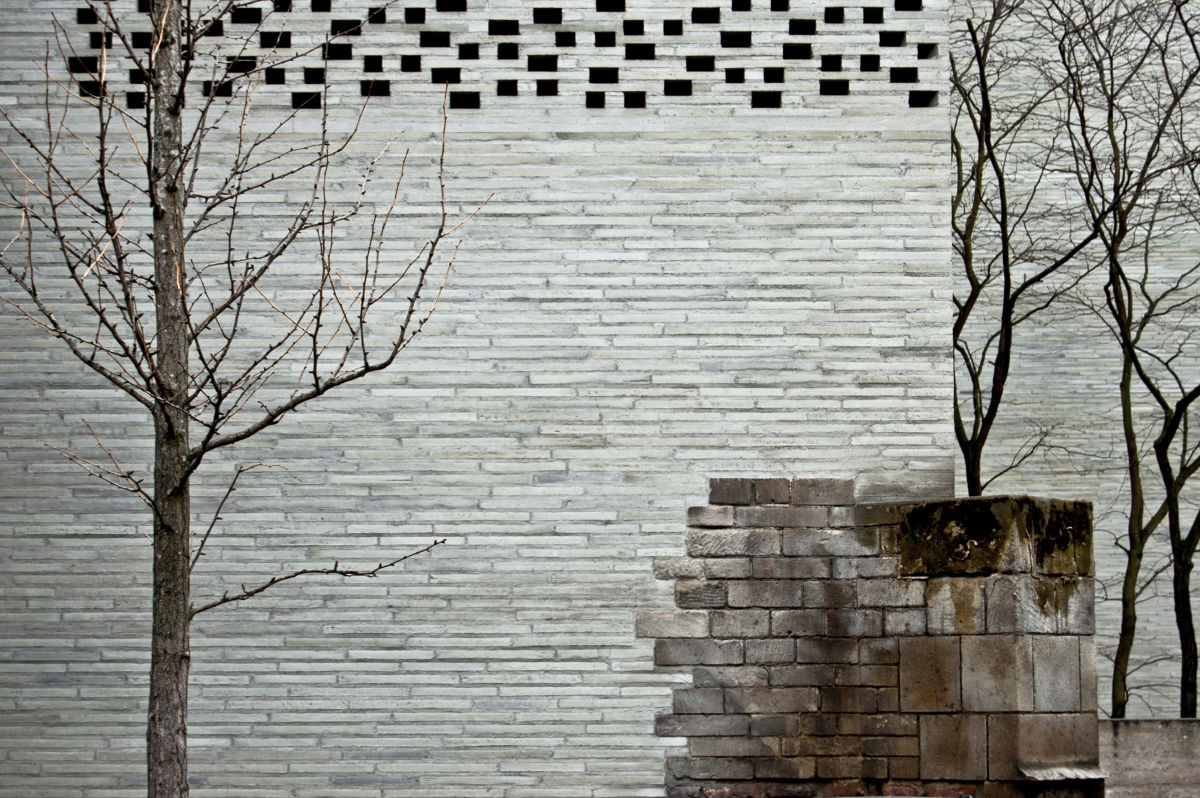 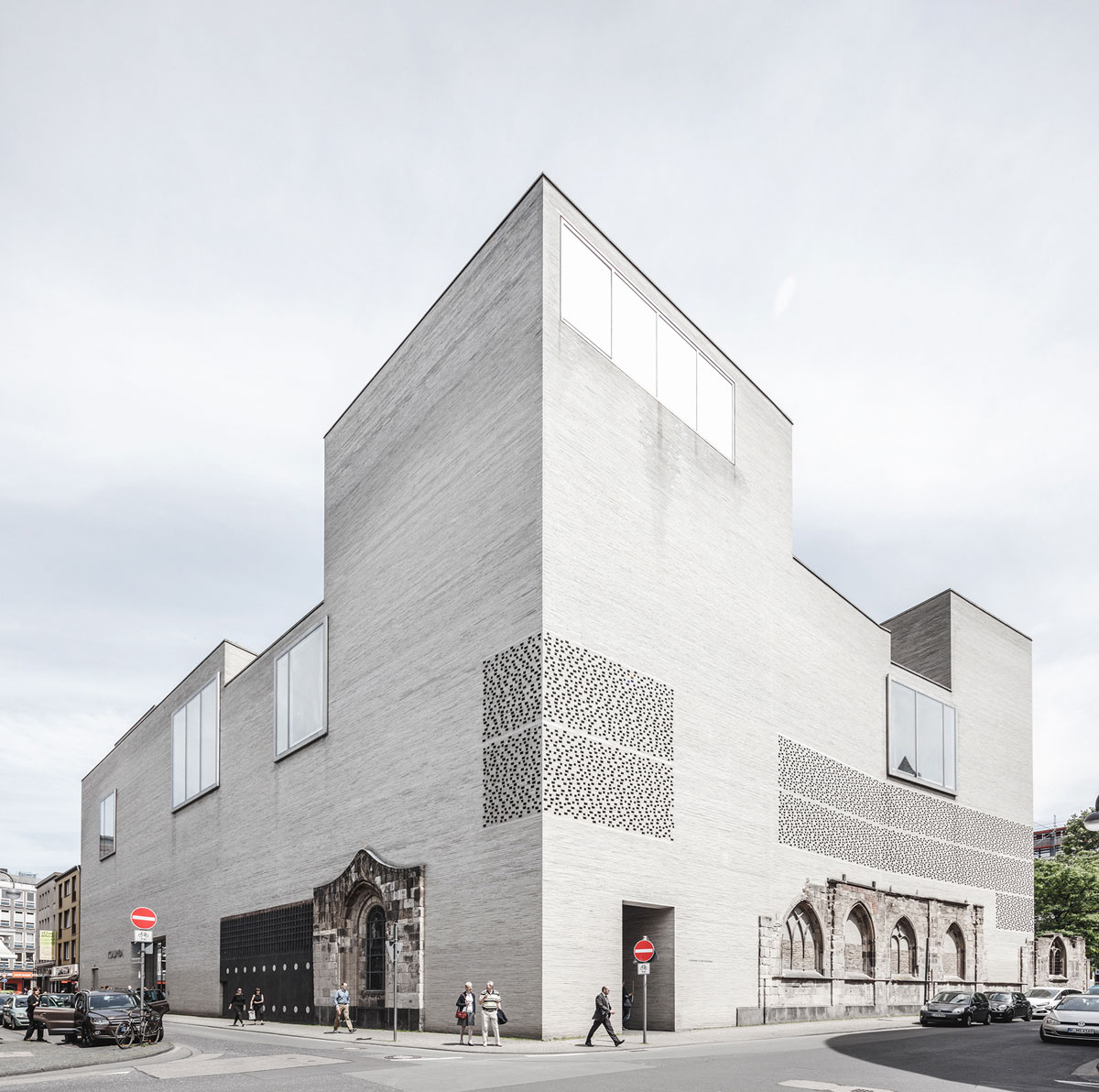