The Italian architect and theorist Aldo Rossi conceived of San Cataldo as he was recovering from a car crash in hospital, and these morbid circumstances inform the chilling, skeletal design of his “city for the dead.” Set within a courtyard framed by blue-roofed buildings, the terracotta-hued, cubic ossuary is without window panes, doors, or a roof. Though Rossi reportedly declared, “I cannot be Postmodern, as I have never been Modern,” the cemetery he designed outside of Modena is largely considered a postmodern masterpiece for its appropriation of elements from a neighboring neoclassical cemetery, as well as its distinct color palette. Rossi died following a second car crash in 1997. To this day, San Cataldo remains only partially occupied and incomplete, missing a chimney-like tower and a branch of a covered walkway.

Check out artsy blog post for 10 of the World’s Most Iconic Cemeteries, Mausoleums, and Crematoriums. This one is from there. 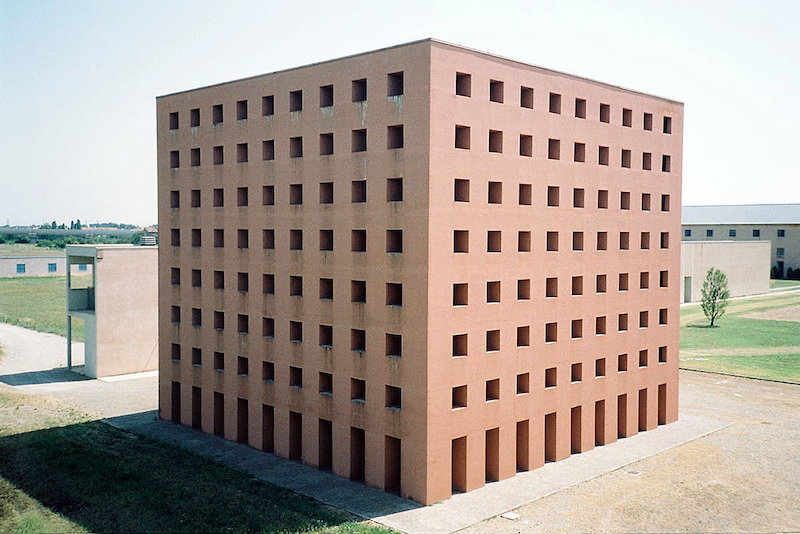 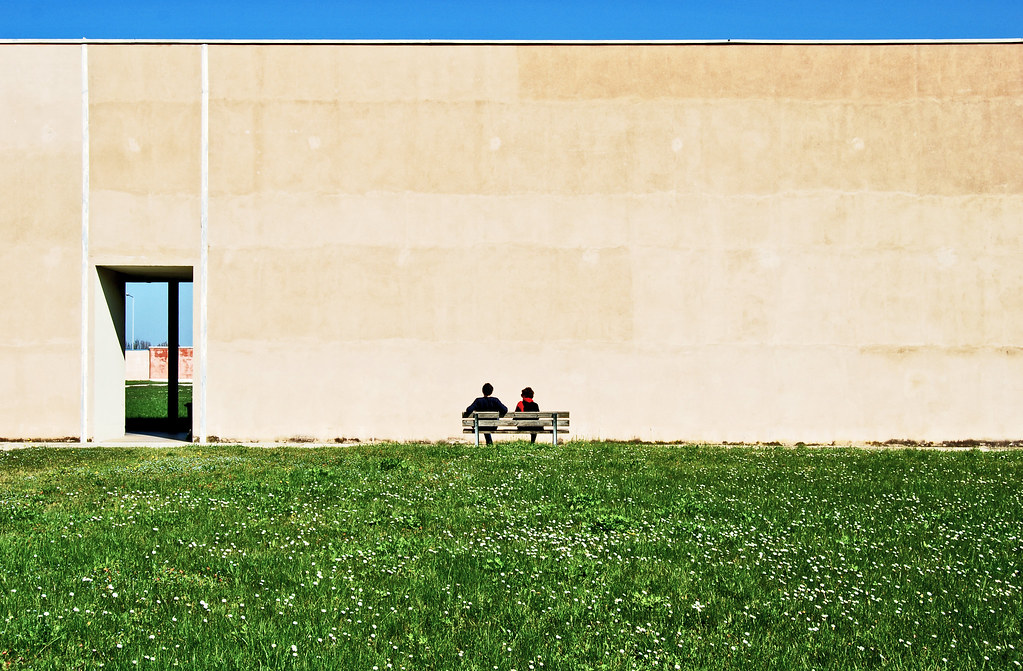 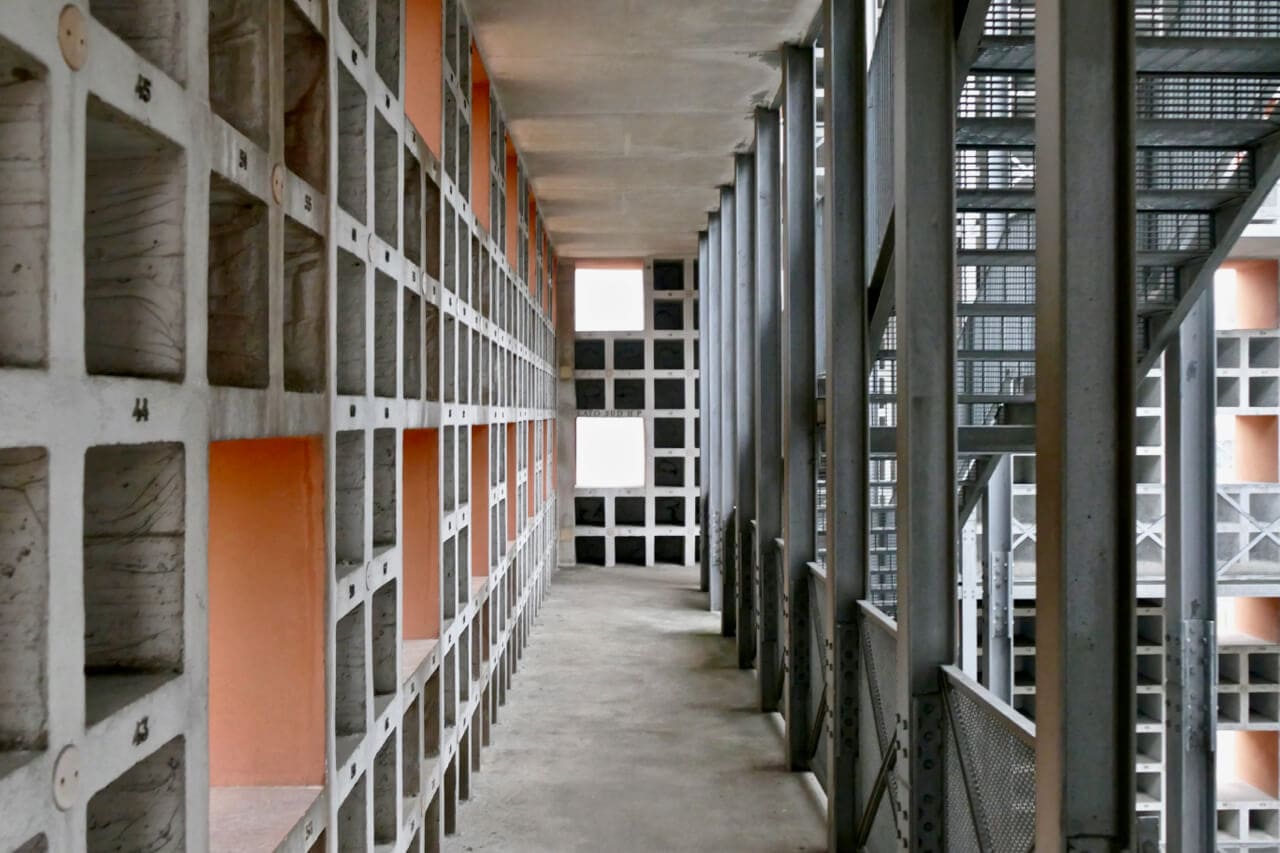 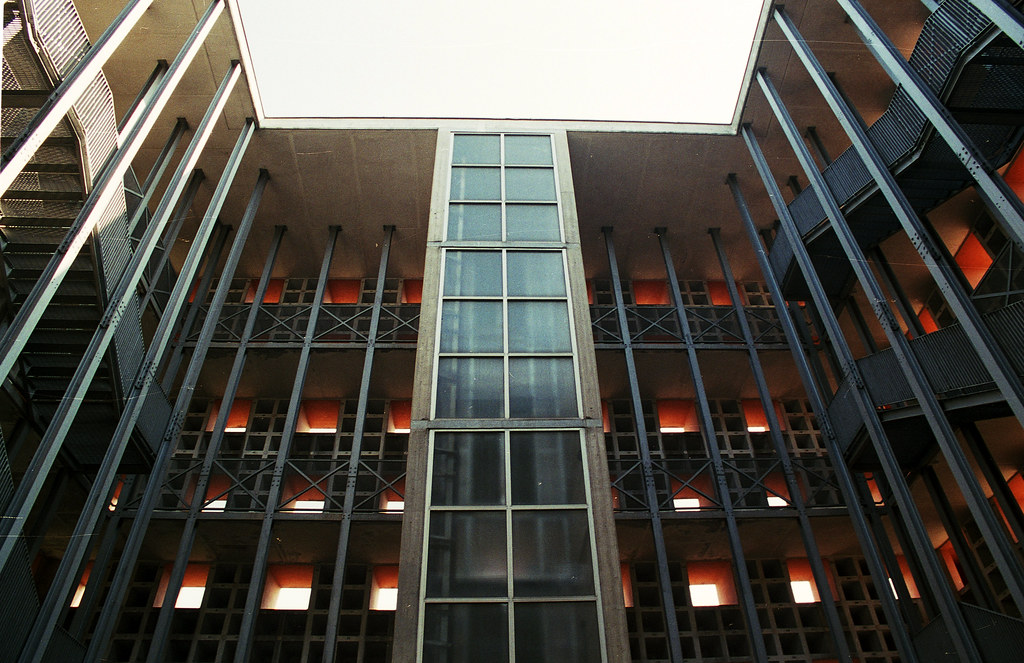