Keith Haring was an American artist and social activist known for his illustrative depictions of figures and symbols. His white chalk drawings could often been found on the blank poster marquees in New York’s public spaces and subways.

“I don’t think art is propaganda, it should be something that liberates the soul, provokes the imagination and encourages people to go further. It celebrates humanity instead of manipulating it.”

While he is known for his colourful works and his iconic motifs such as the radiant baby and the barking dog, much of his work responded to contemporary social and political events. This included the battle to end Apartheid, the AIDS epidemic and drug abuse. As an openly gay artist Haring also chose to represent the hardships of the LGBTQ community in his work, including gay rights. Inspired by graffiti artists, he began drawing in New York’s subway stations; filling empty poster spaces with chalk drawings which people would walk past every day. His aim was to make art accessible to everyone and these works allowed him to interact with a diverse audience. 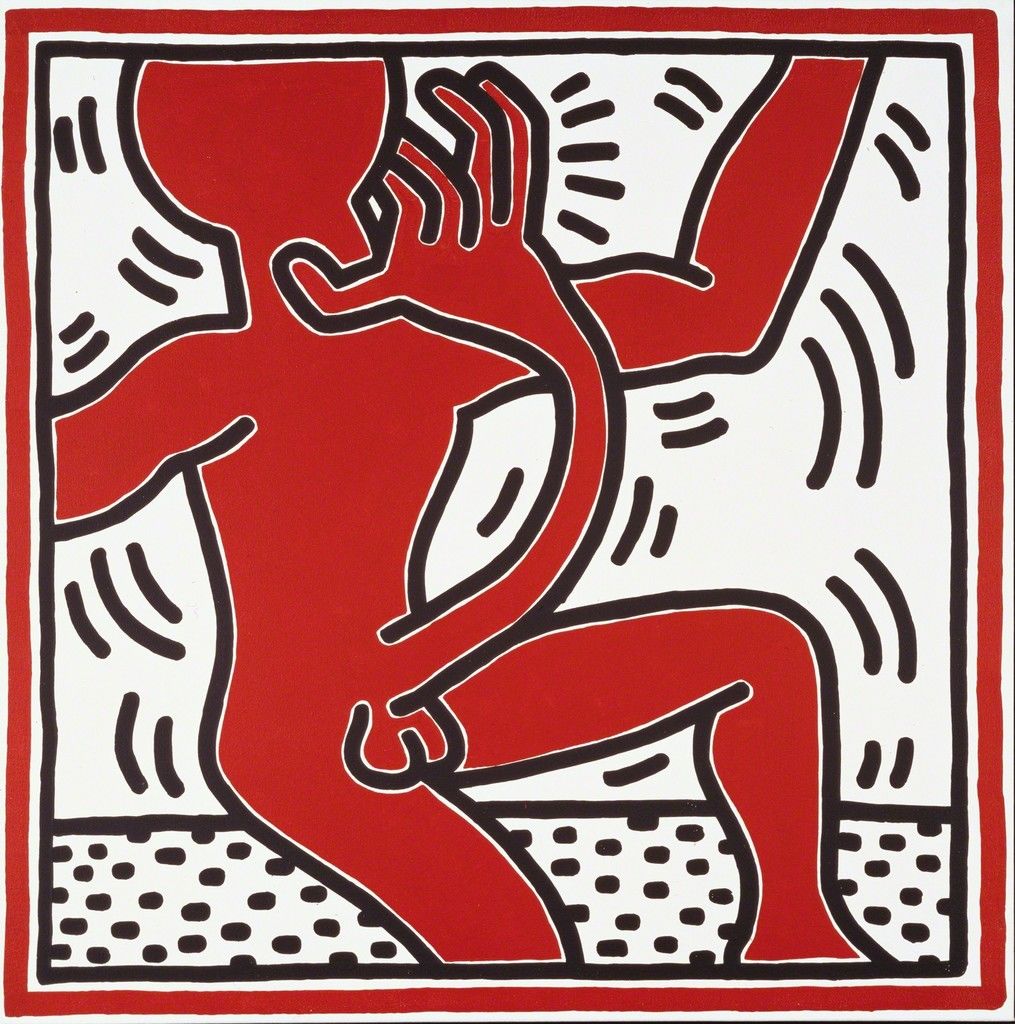 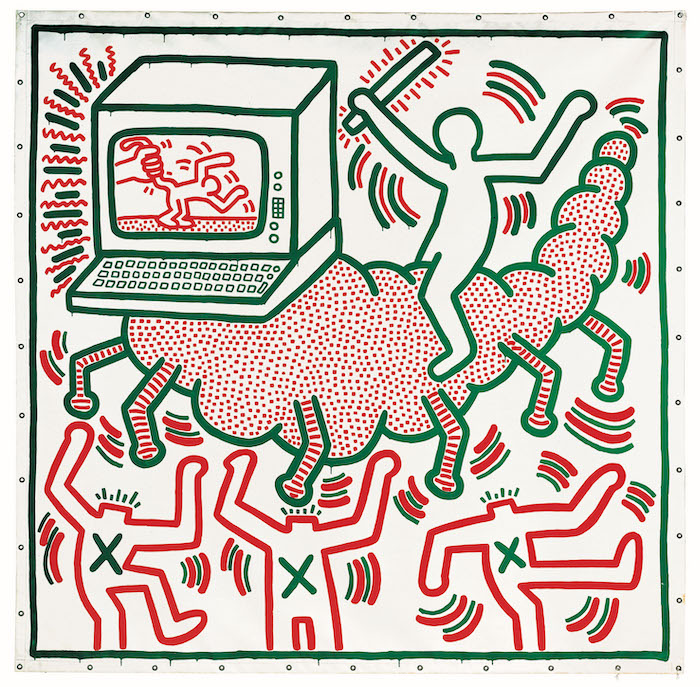 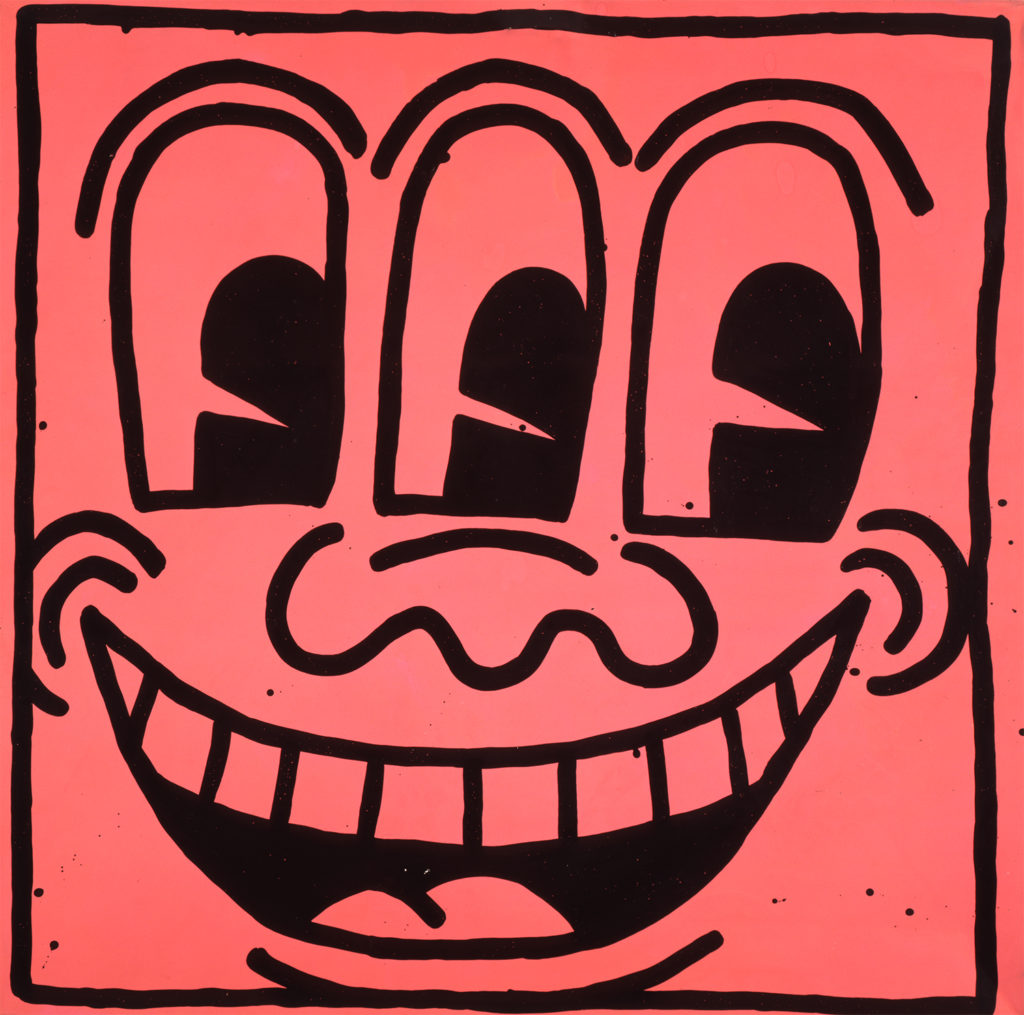 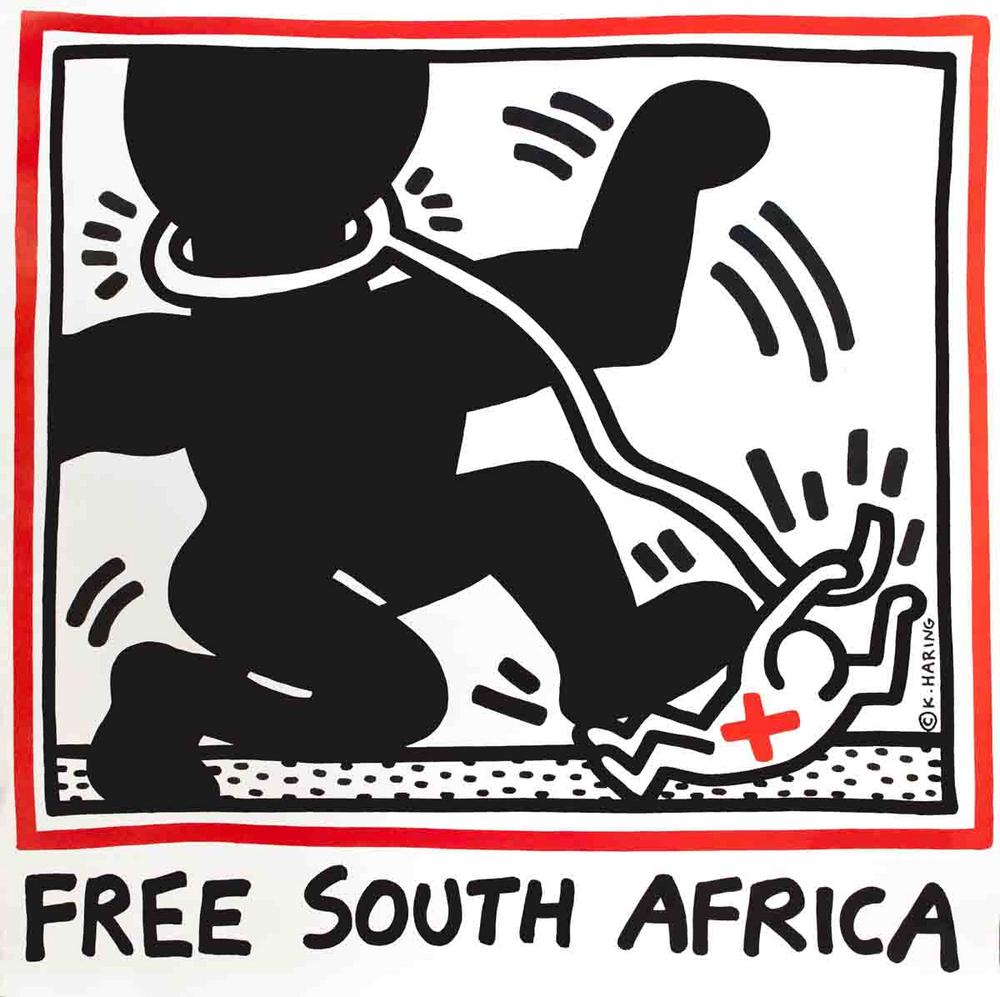 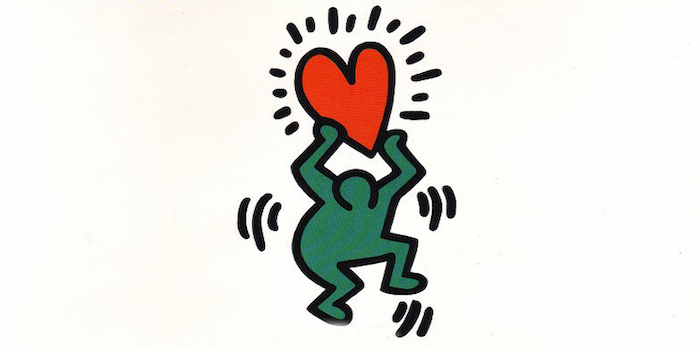 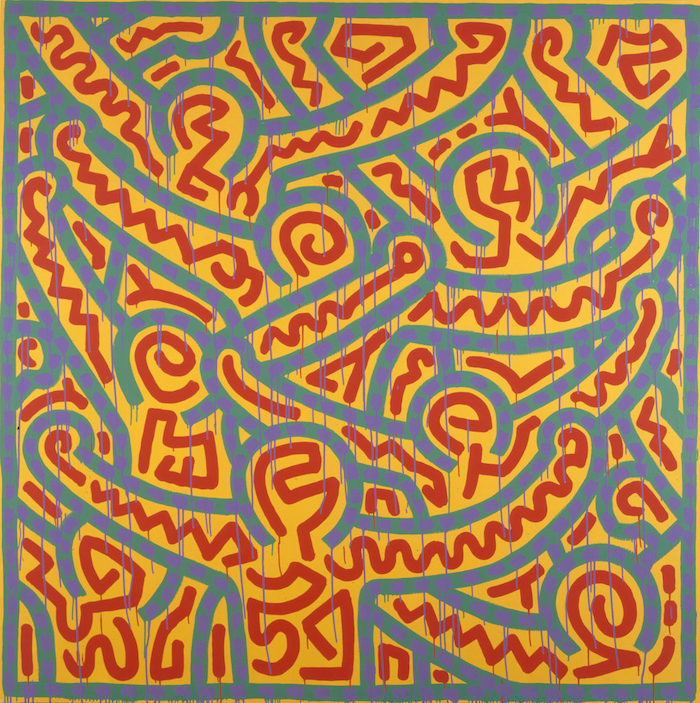 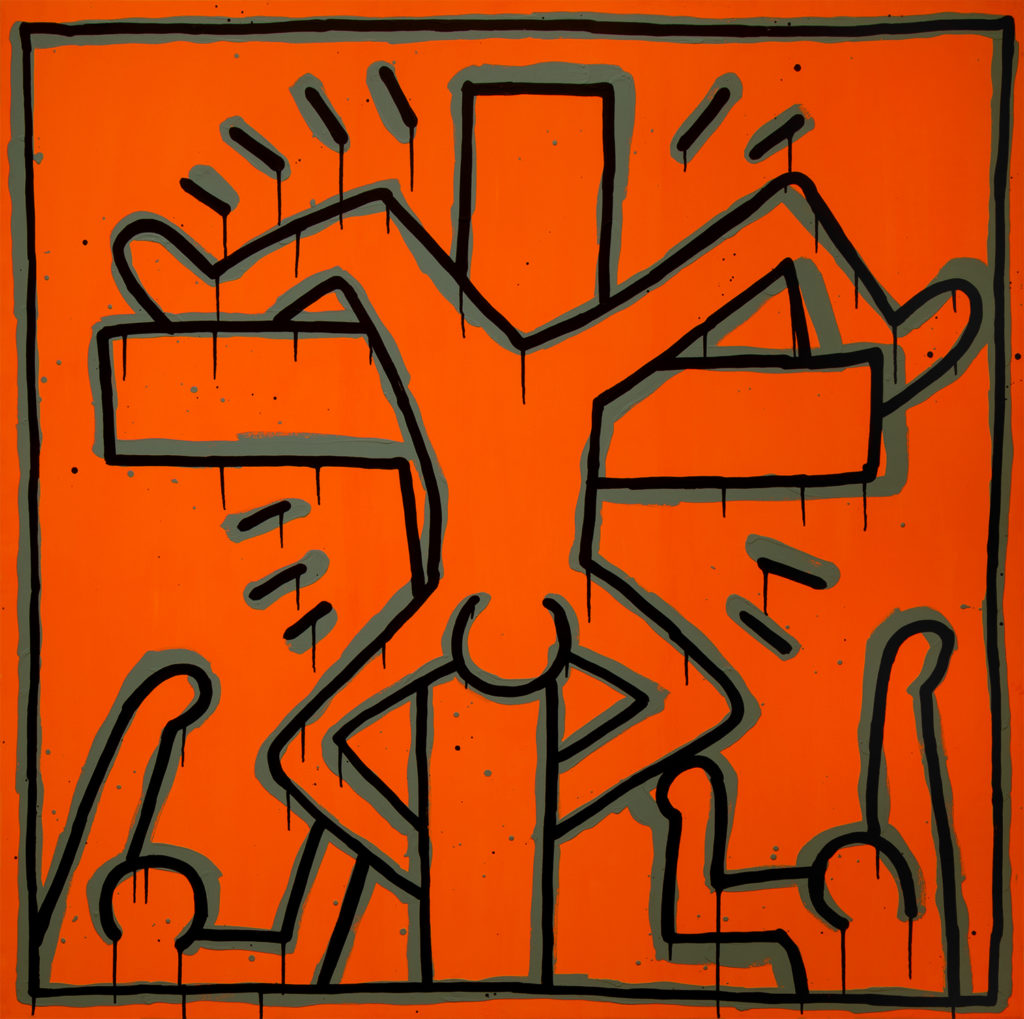 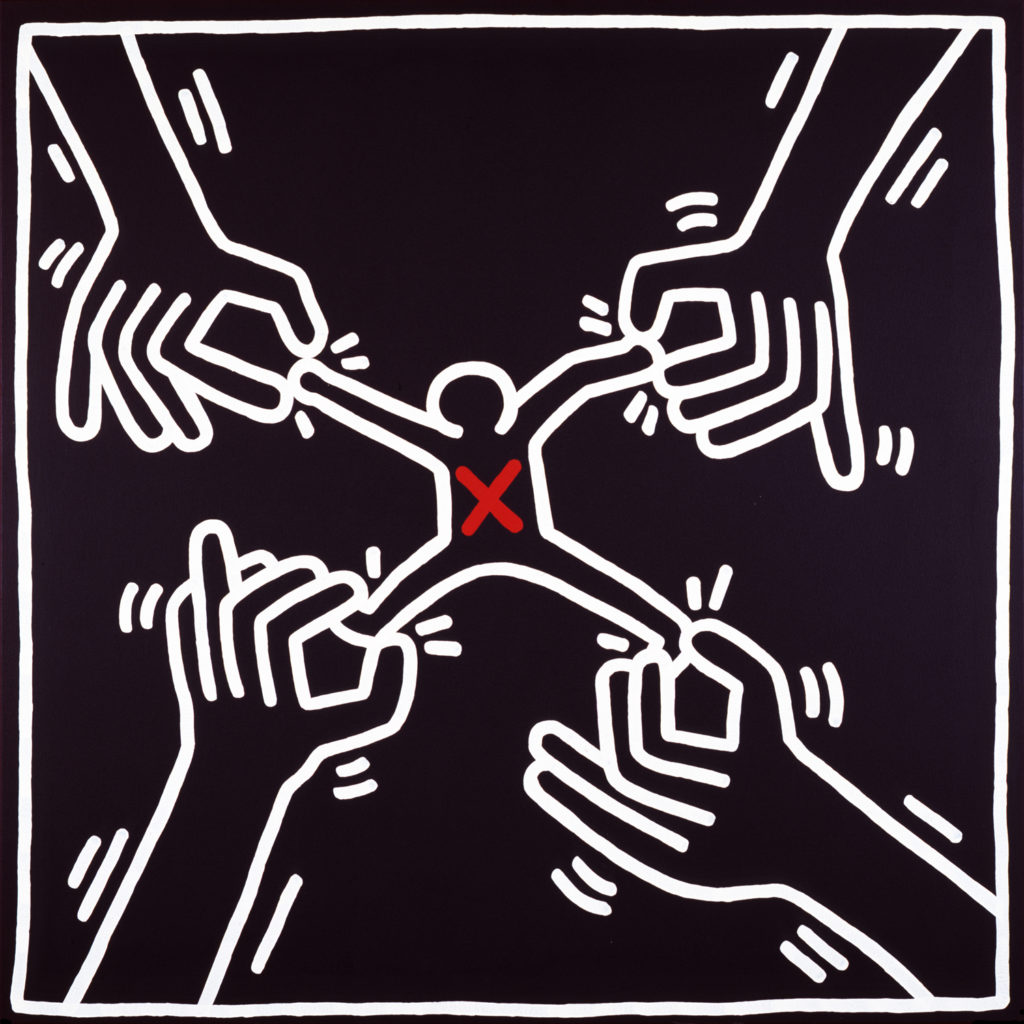