Ian Davis is 47-year-old, USA painter, based in Los Angeles. Ian Davis’ paintings fascinate in ritualistic congress, graphically depicted in acrylic with alarming and disconcerting uniformity. His work conveys larger themes: maleness, patriarchy, convention, the uniformity of dictatorial homogeneity. The paintings are picturesque political allegories of bureaucratic autocracy. Looking at his works one can feel underlying anxiety and political tensions, such as the eerily uniformed stance of the masses in Climate (2008) or the palpable anger of the protesters in Something’s Burning (2013). Despite these dark themes, however, Davis also constantly strives to weave optimism into his paintings, noting that the world too easily “looks for what’s wrong.”

You can check nice interview with Ian Davis on artnet.com 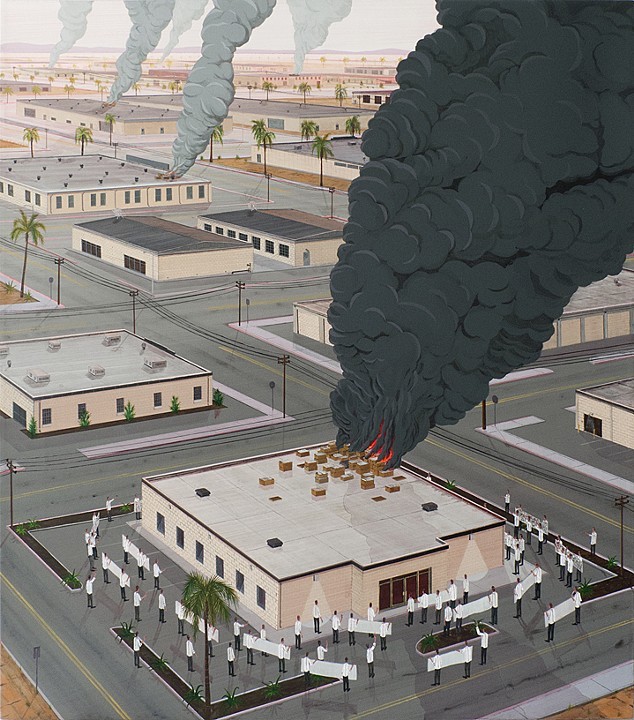 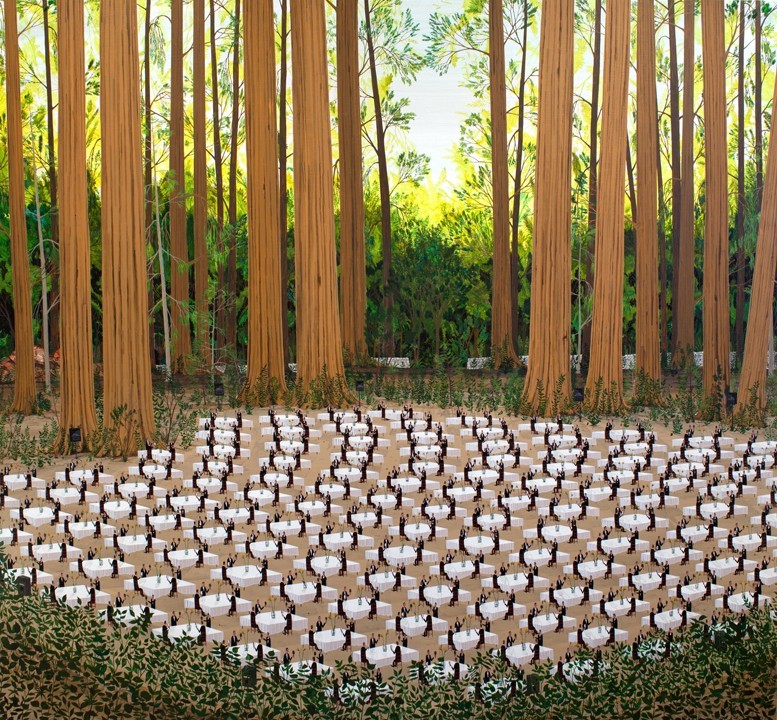 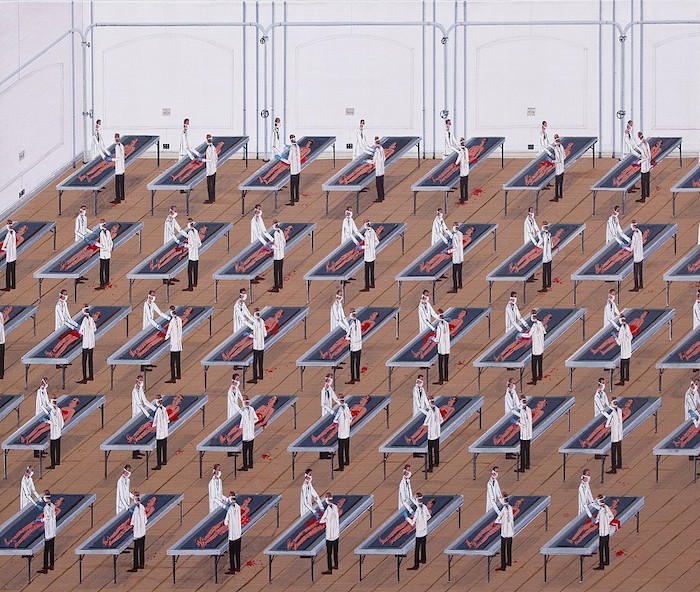 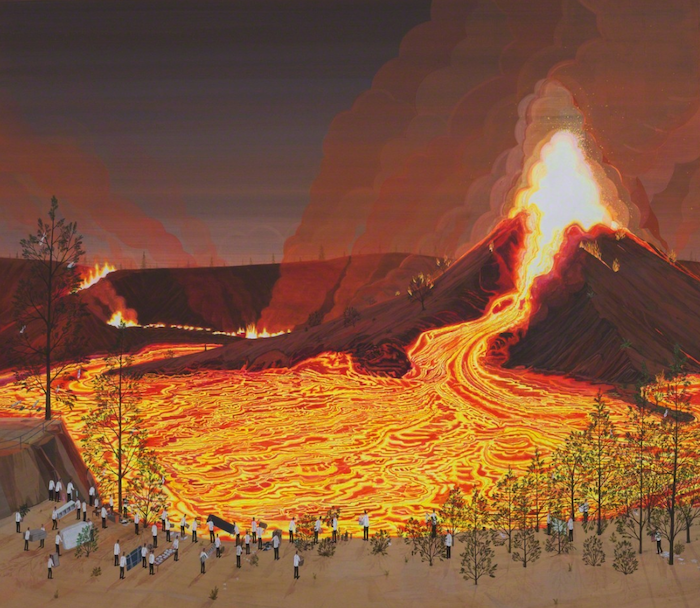 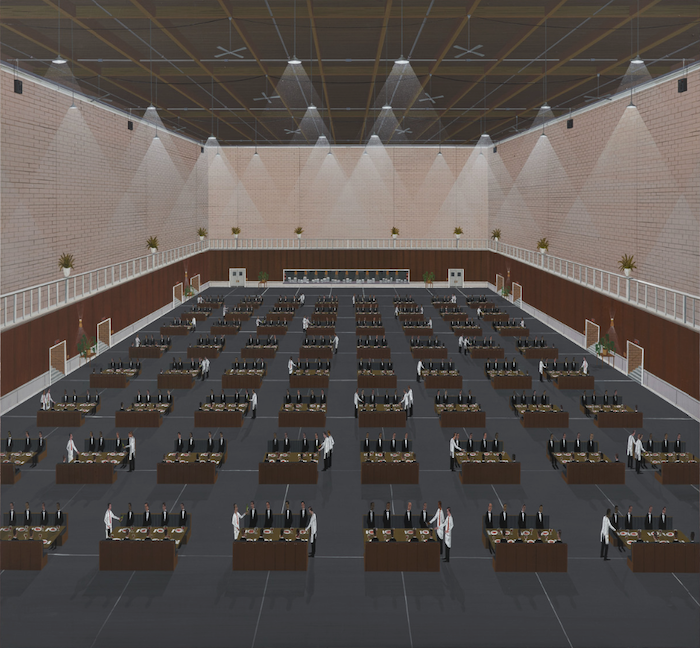 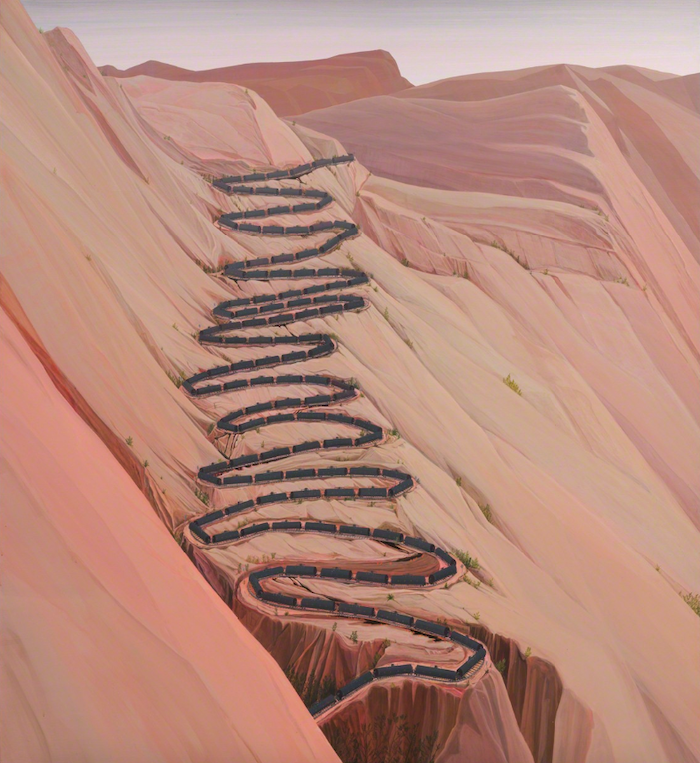 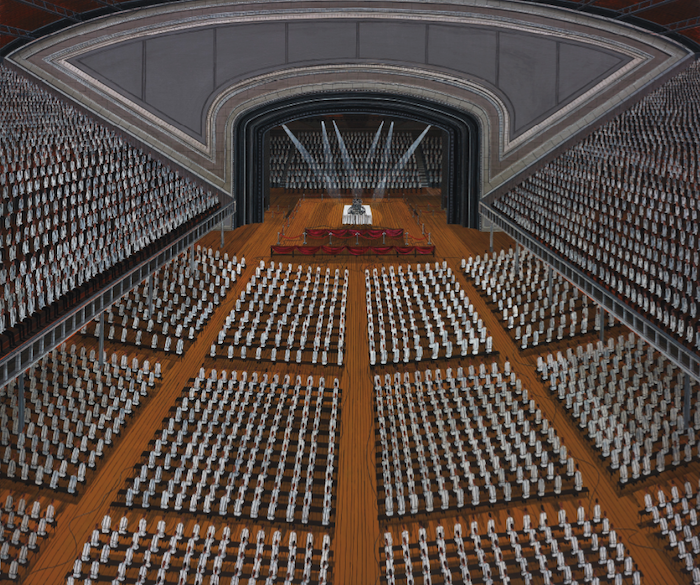