Jonas Salk (1914-95) discovered the first effective polio vaccine. When the famous medical scientist and bacteriologist decided to build a laboratory on a coastal cliff north of San Diego, a friend, after attending a lecture by Kahn on ‘Order in Science and Art,’ recommended him as architect. In what would become an almost mythical client-architect relationship, Salk asked Kahn to design a research facility to which he could invite Picasso.

The final scheme consists of two laboratory wings with six floors. Service floors are sandwiched between the labs (another and most successful variation on the theme of “servant” and “served” spaces). The design of the court with its study towers facing the sea remained undetermined until the Mexican architect Luis Barragán, having been invited by Kahn to visit the site, proposed keeping it as an open plaza. When Khan saw an exhibit of Luis Barragan’s work at the Museum of Modern Art in New York, Kahn invited Baragan to collaborate on the court that separated the two buildings. Barragan told Kahn that he should not add one leaf, nor plant, not one flower, nor dirt, instead, make it a plaza with a single water feature. The resulting space is considered the most impressive element of the entire design. 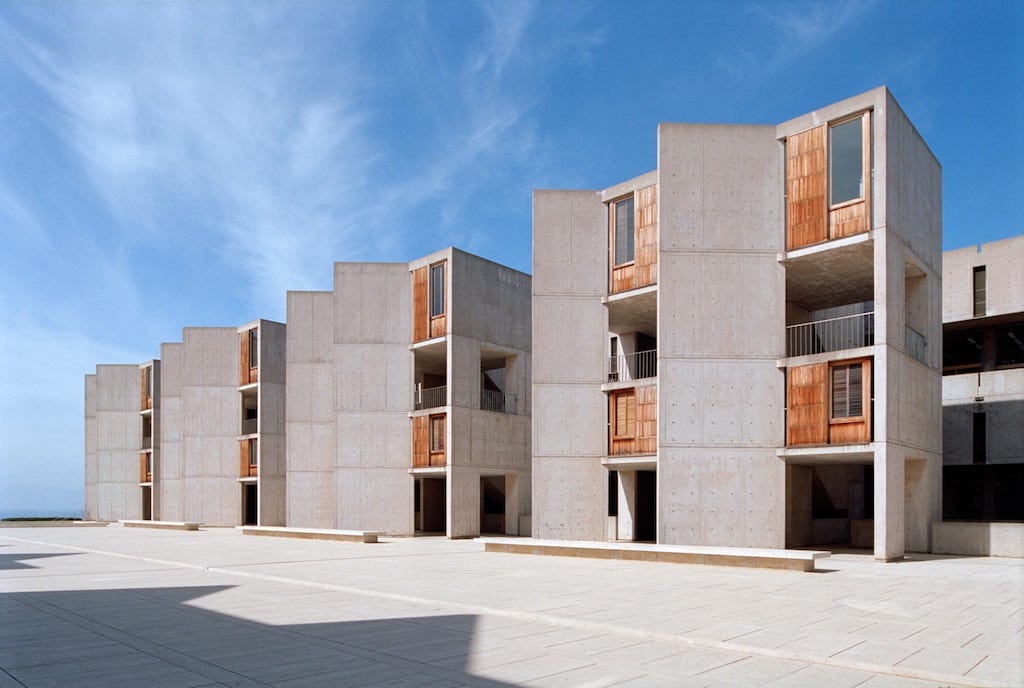 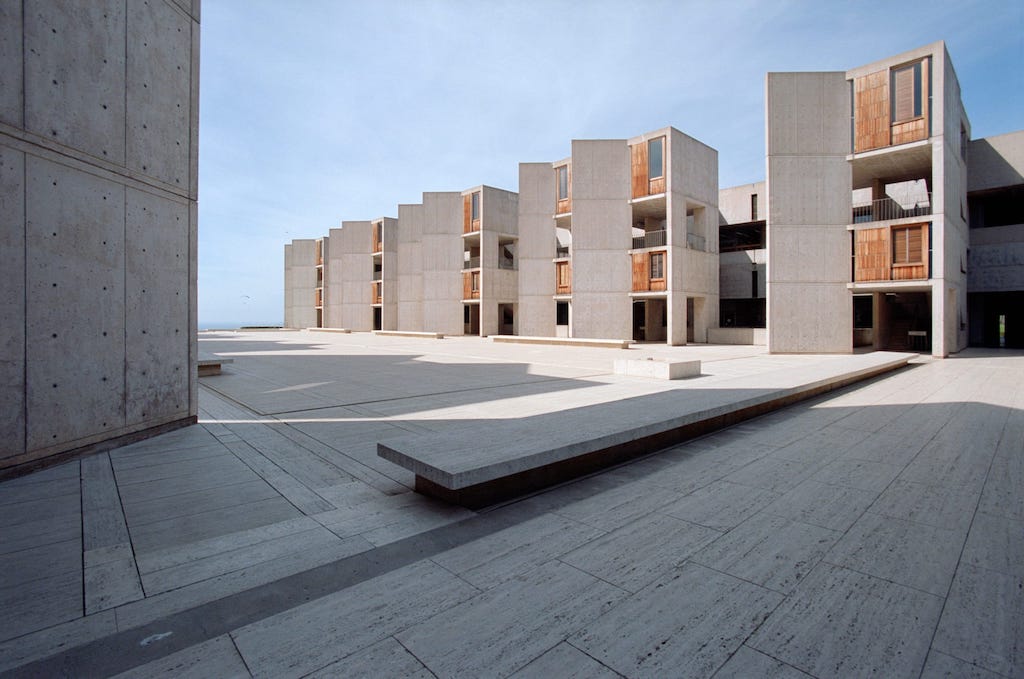 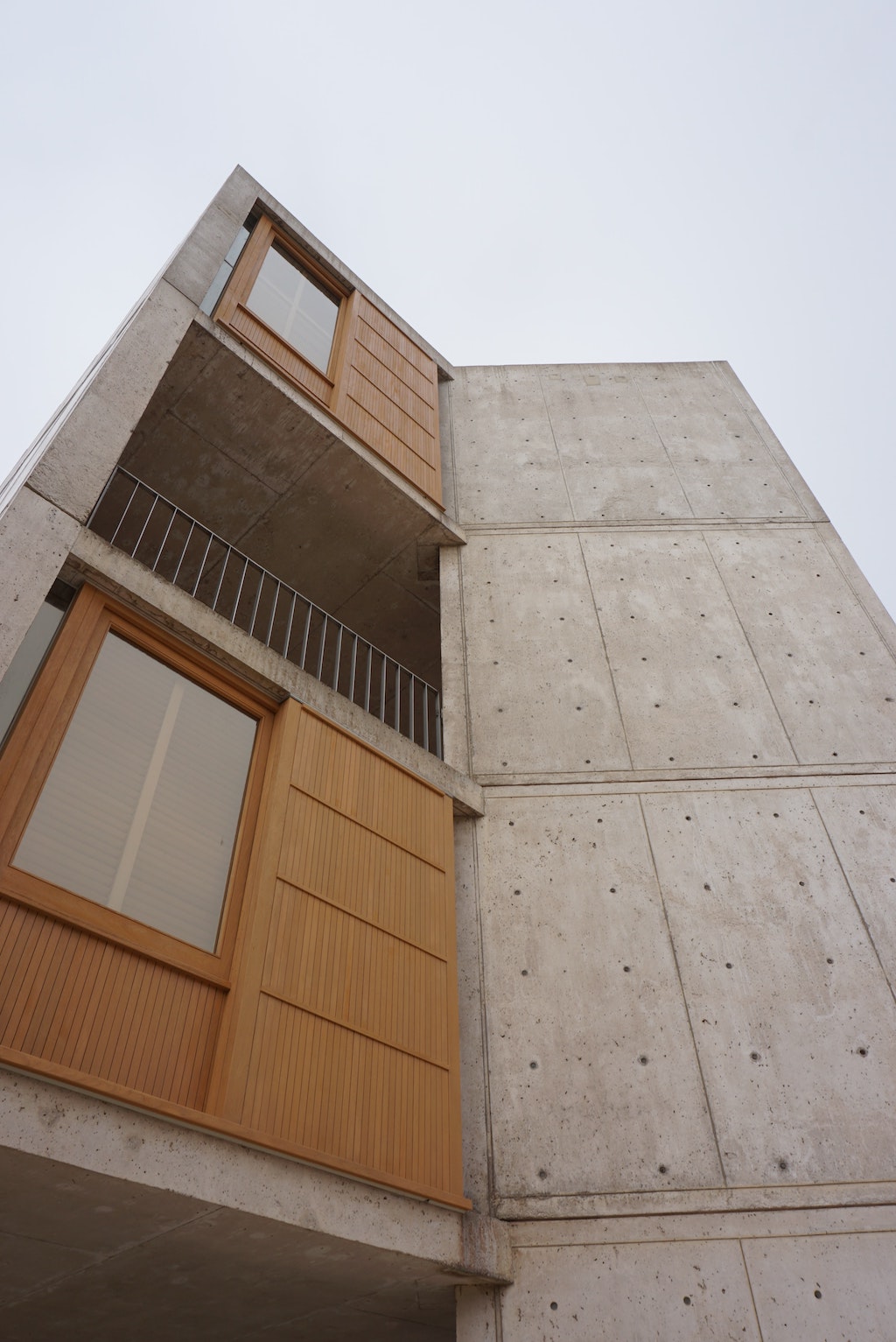 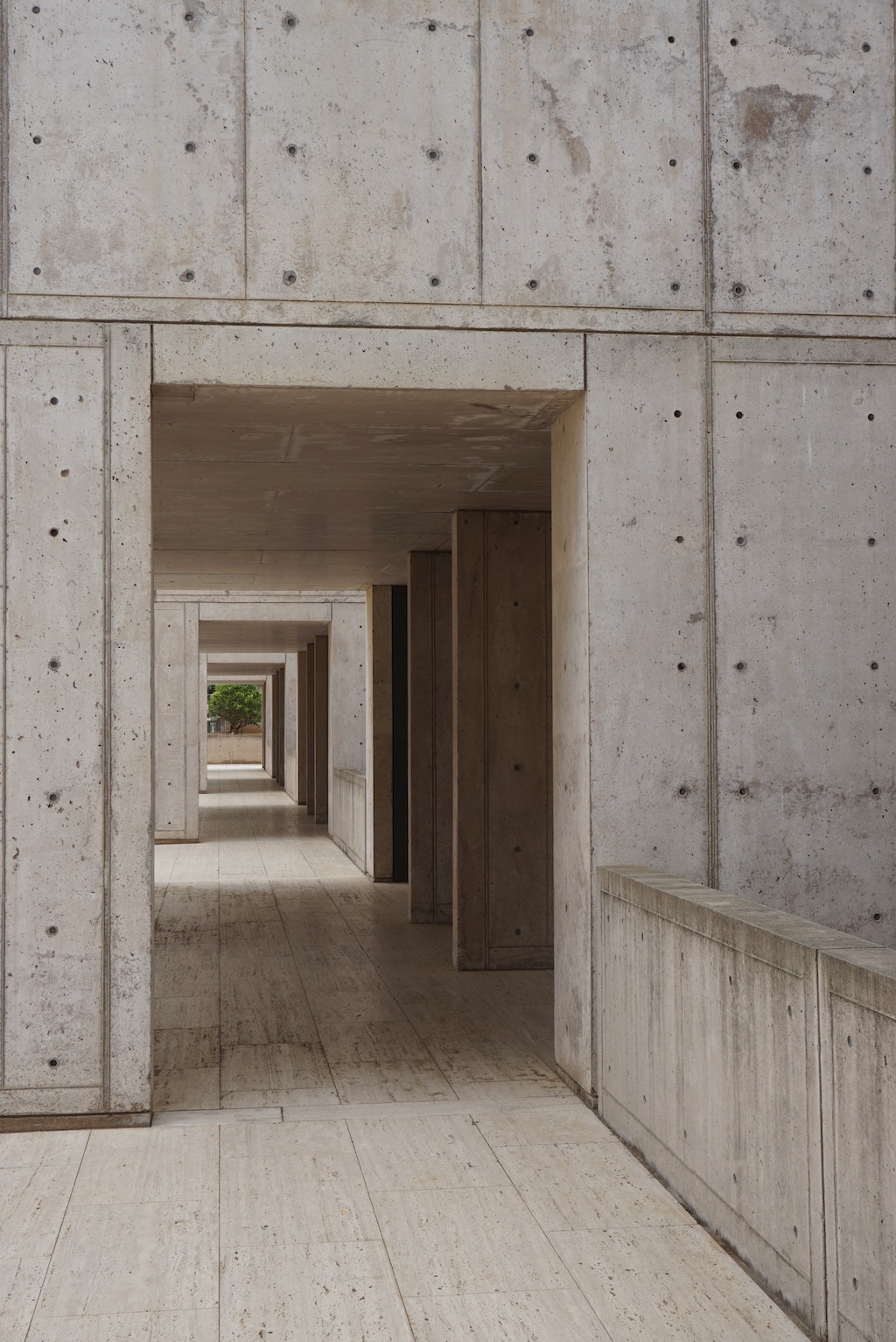 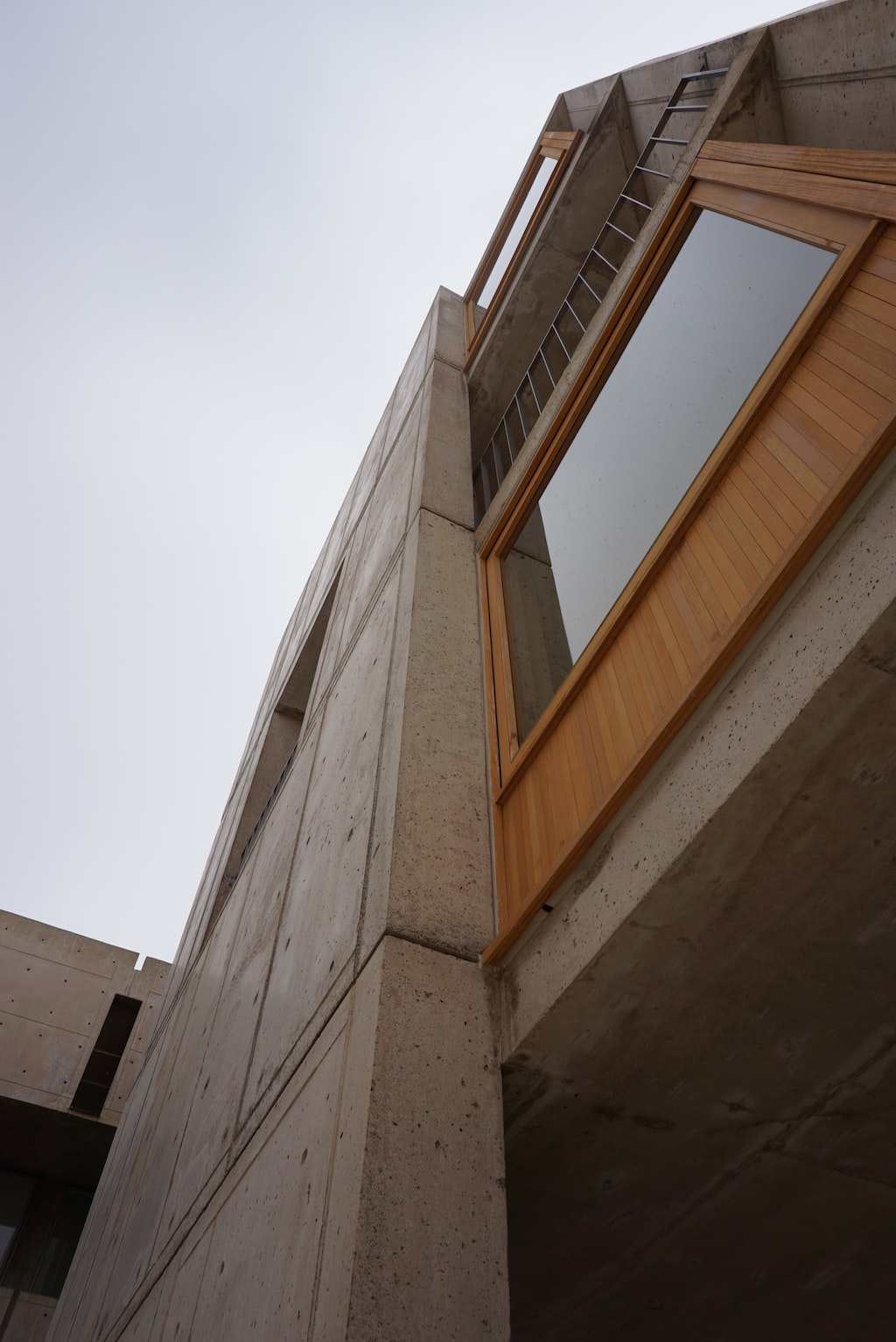 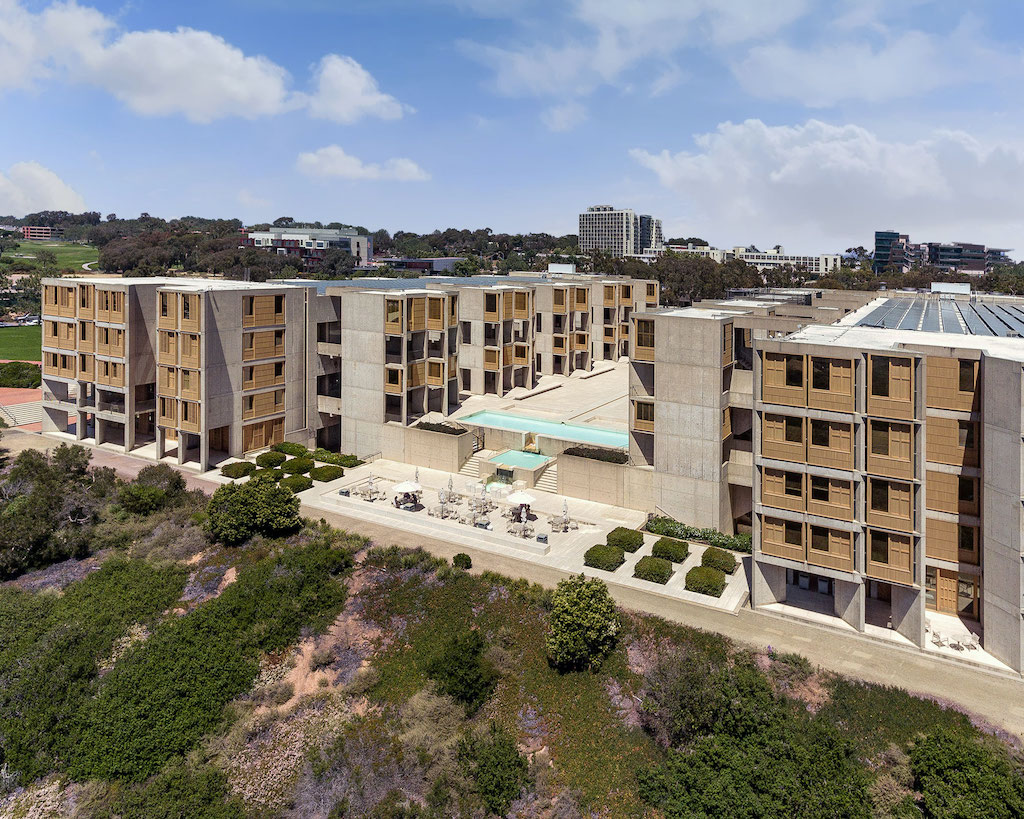